Ten Predictions for Princeton in 2019!

Posted on December 31, 2018 by walkableprinceton 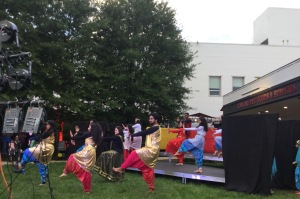 Happy New Year to everyone in Princeton, NJ!

It’s time for our annual attempt to guess what will happen in Princeton in the coming year! How many of these predictions do you think are likely? Read on, and don’t forget to check the end, where we review how many of our predictions for 2018 came true!

The town will finally take steps toward getting serious on local action against climate change, when the Sustainable Princeton Climate Action Plan is released, some time in 2019. But not much will happen to implement it this year. Likelihood: 7/10.

Princeton Council spent more time discussing street parking than any other issue in 2018. Even so, when the new parking meters were installed, most of the commentary was extremely negative. Despite the impossibility of achieving what most people want from parking (i.e. the ability to park wherever they want, for as long as they want, for free), expect Council to take up the parking issue again in 2019, by modernizing resident parking permits. Likelihood: 6/10.

During May 2018, the town of Princeton conducted a trial of bike lanes on Wiggins Street. The bike lanes were popular, and faced relatively little resistance from nearby residents. Council will have a chance to show their commitment to sustainable transportation in 2019 by making the lanes on Wiggins Street permanent. If so, expect a lot of anger from pro-car lobbyists. Likelihood: 5.5/10.

Improbably, the town of Princeton’s secretive “Affordable Housing Negotiations” committee managed to spend the entirety of 2018 without coming to a final conclusion about how to build the town’s state-required allocation of affordable housing. Every other town in Mercer County has already settled, and the NAACP has criticized Princeton for the town’s legal filibuster. It has got to end in 2019, and local residents will learn where the hundreds of new homes are to be built. Likelihood: 9/10.

5. No Affordable Housing at Seminary Redevelopment

Princeton’s “Neighborhood Character Initiative” created a bunch of new rules this year about what houses in town should look like. None of these rules are likely to help the affordability issue in town, in fact they are far more likely to add cost to local people trying to make additions to their homes. Princeton Council may help remedy this in 2019 by passing zoning reforms to make it easier to build duplexes in town, which are likely to be more affordable than single-family homes. Likelihood: 4/10.

At some point in 2019, the state of New Jersey is likely to legalize marijuana for recreational use. That will create a situation for the people who worry about empty storefronts in downtown Princeton: how do they feel about having some marijuana stores in there? My guess is that Council will move swiftly to ban marijuana from being sold in Princeton. As for that proposal for a new place on Palmer Square where people could drink beer and throw axes (as reported earlier this year), the town will also somehow make sure that this place does not open in 2019. Likelihood: 8/10.

We may not get marijuana or the chance to throw axes, but expect a new restaurant to open on Hinds Plaza in downtown Princeton. The proprietors of the Witherspoon Grill applied to share their liquor license with a new establishment on the premises of the old ‘Rouge’ boutique. It may open in 2019. Likelihood: 7/10.

9. Gateway Rail Tunnel Will Be Funded

After Chris Christie canceled the ARC plan for new rail tunnels connecting New York and New Jersey, rail commuters into the city have been stuck with infrastructure that is on the point of falling apart. The Gateway Plan, which is intended to provide a new rail connection into the city, would help a lot, but its huge price tag has prevented the project from starting so far. In 2019, an infrastructure deal approved at the federal level is likely to get Gateway going at last. Likelihood: 6/10.

Earlier this year, a group of judicial activists and civil rights advocates sued the state of New Jersey, [correctly] alleging that the state’s public school districts do a poor job of serving minority students. They want students to have the right to attend school districts outside the district where they live. The State of New Jersey is reportedly negotiating a settlement to this lawsuit. It’s not clear what the outcome would be, but one possibility is that towns like Princeton would have to accept students from other nearby districts who do not live in town. This would be very controversial, so any changes would likely be phased in over many years, but an initial decision may come this year. Likelihood: 2/10.

Final score: 2/10. Not a great year for predictions!