Posted on April 11, 2016 by walkableprinceton 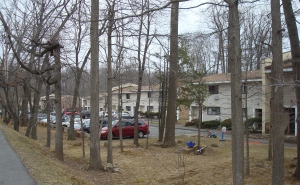 The question of affordable housing continues to rattle around local Council Halls, after last year’s decision to give courts the power to set municipal affordable housing obligations. Some estimates suggested that NJ towns would have to allow a lot more affordable housing under this process. In response, a number of New Jersey municipalities formed a consortium to hire experts to advise them on how much affordable housing they should be building. Princeton was part of this group, and tonight, Council will vote on whether to extend funding to the project.

The agenda for tonight’s Council Meeting tonight includes a resolution described as “authorizing Princeton’s Continued Participation In The Municipal Consortium And Additional Funding Contribution”. In practice, this means giving $2,000 to the legal office of Jeffrey Surenian, who has orchestrated previous efforts to calculate affordable housing numbers for New Jersey municipalities.

Although Governing Body members could previously argue that the Surenian consortium was intended to advise and clarify, it is now clear that the program is intended to undermine affordable housing measures through the use of spurious legal strategies. The question is: will anybody on Council vote want to be seen to be spending more taxpayer’s money on this mess?

This post will be updated when we find out.