Posted on April 27, 2015 by walkableprinceton 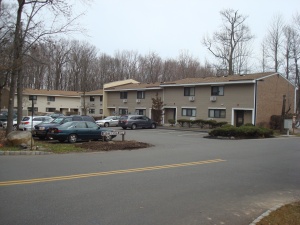 Princeton should create 660 new units of housing* for people of low and moderate incomes. That’s a conclusion of a new report that revises estimates of affordable housing requirements for each New Jersey municipality. Local municipalities including West Windsor and Hopewell Twp have been set even higher numbers- 1,000 new units are envisaged for both these townships.

The figure of 660 units comes from a new report prepared by David Kinsey for the Fair Share Housing Center. Earlier this year, Fair Share Housing Center won a court case arguing that New Jersey’s Council on Affordable Housing (COAH) had failed to provide appropriate guidelines for construction of income-restricted housing. As a result, the NJ Supreme Court has passed control of affordable housing requirements to local courts, who will have authority to overrule local zoning if municipalities fail to provide their ‘fair share’ of housing. The new report is intended to quantify what that the ‘fair share’ is for each town. These are the headline figures for Princeton and municipalities bordering Princeton:

A full list of suggested affordable housing requirements for every NJ municipality is available in the summary table here*, where you can look up any town.

To avoid concentrating low-income households, many municipalities like Princeton mix affordable housing with market-rate housing, usually at a ratio of 1 affordable unit for every 4 market-rate units. If that approach is followed for the suggested new affordable housing requirement, Princeton would need to build about 3,000 new homes. That would be significant, as currently there are only about 10,000 housing units in the consolidated municipality. Other municipalities are in the same situation. Building new homes on this scale is likely to meaningfully impact the affordability problem in New Jersey. Housing costs in New Jersey are rated the second-highest in the nation. In Princeton, 1,900 people are on lists for affordable housing, and a high cost of housing is regularly cited as a reason for people exiting the State.

On the other hand, many municipalities are likely to reject the proposed housing allocations, and challenge them in court. The method to calculate the figures is likely to come under considerable scrutiny. It’s worth pointing out that David Kinsey, who wrote the report (and is a Princeton resident) is one of the foremost authorities on housing in New Jersey, with decades of experience. His report (download it here* -thanks to Kevin Walsh at Fair Share for sharing it) uses a methodology that is specifically guided by Supreme Court rulings, summarized as:

“First, regional prospective need is calculated. Second, each region’s prospective need is allocated to the municipalities within each region. Third, each municipality’s allocated obligation is adjusted based on additional, so-called “secondary” sources of housing demand and supply. The entire process has 23 discrete but inter-related steps. This report defines each of these steps and the “most up-to-date available data” used for each step in this process, as required by the Appellate Division and Supreme Court.”

Each of the 23 steps in the process is described, and the data used to estimate each municipality’s affordable housing requirement is carefully listed in an extremely detailed Excel file* made up of 37 individual sheets. Municipalities that are receiving state aid (e.g. Trenton) get a zero obligation, in line with previous practice. The amount of undeveloped land is also (regrettably) considered as a factor contributing to housing obligation. Affordable housing that might be made available through ‘filtering‘ in different municipalities is factored in, and the model for quantifying filtering is justified. The figures coming out of this report are therefore based on careful consideration, and to dispute them will require careful legal and/or statistical reasoning.

The suspicion is that every line of the report will be litigated, but if even half the affordable housing suggested is built, it’s going to mean a lot of new construction. That could bring advantages in terms of affordability, but would also require much improved regional planning, traditional neighborhood design, and a renewed focus on transportation options if we are going to prevent sprawl.

* As of 7/17/2015, Fair Share Housing Center released new figures estimating Princeton’s affordable housing obligation at 1,000 units, revised up from 660 units. All links to Fair Share media have been updated to the versions released 7/17/2015, but we have left the text of our original article unchanged. According to Fair Share Housing Center, Princeton’s obligation is definitely 1,000 units, not 660 units as stated here in the original text. See here for details.

Read more on the report at MercerMe.

What’s your take on the Kinsey ‘Fair Share’ report? What do you think about the prospect of lots more affordable housing in the Princeton area? Good thing or bad? Have your say in the comments section below.