Princeton U. Should Ask Some Serious Questions About Their Disappearing Professors

Posted on March 4, 2014 by walkableprinceton 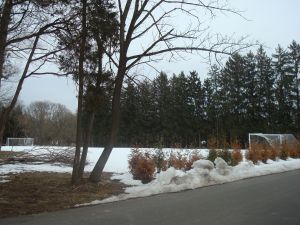 The suburban amenities and open space of Princeton’s Western Section are not enough to hold Nobel laureate Paul Krugman. (Click to expand,)

Professor Paul Krugman, recipient of the 2008 Nobel Prize for Economics, and Professor of Economics and International Affairs at the Woodrow Wilson School of Public and International Affairs at Princeton University, has announced he is leaving Princeton. Writing in his New York Times column, Krugman announced he is moving to New York where he will take up a position at City University. Krugman joins a host of senior Princeton U. faculty who have recently quit the University, and his stated reasons ought to give the University cause for concern.Everybody takes a number of factors into consideration before changing jobs. Krugman gave the usual spiel about how much fun he’s had at Princeton (“It’s not you, it’s me”). But in his comments, his two uses of strikethrough gave an interesting perspective about what he’s looking for in a place to live:

In terms of geography, the answer seemed clear on reflection:  New York…at any rate, I truly do love New York, so that there will be  a lifestyle gain to complement the professional advantages…

Krugman could clearly do his research in Princeton. It’s not far from the City, and surely much of Krugman’s work involves him sitting at a keyboard moving figures around a screen- something that could be done more or less anywhere. But he wants to be in the City, because it offers amenities that Princeton does not. This corresponds clearly to theories about the ‘Creative Class‘- a key demographic who are expected to contribute most to the wealth and vibrancy of post-industrial communities. ‘Creative Class’ superstars like Krugman often have substantial economic mobility, and tend to gravitate to the most livable, amenity-rich communities. This includes big cities New York, but also smaller towns like Boulder, CO; Asheville, NC; Corvallis, OR and Olympia, WA, which have the eclectic, active atmosphere desired by knowledge economy professionals.

But can Princeton retain Creative Class professionals? On the face of it, things don’t look good. To lose one top professor in a year may be regarded as a misfortune. To lose two looks like carelessness. And to lose three top faculty ought to set the alarm bells ringing. But that is exactly what has happened at our local Ivy League bastion. Last November, the director of Princeton’s Center For Integrative Genomics, David Botstein, was nabbed by Bay Area-based biotech startup, Calico. In short order, renowned philosopher Kwame Anthony Appiah also punched the clock for the last time at Nassau Hall. He’s off to NYU. Now Krugman makes it three. In each case, the esteemed professors are choosing the Creative Class magnets of New York and San Francisco over Princeton, NJ. 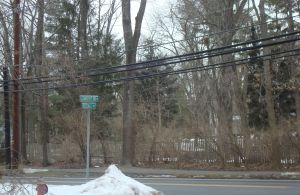 This Princeton vista is not sufficient to attract top talent.  (Click to expand.)

On one level, Princeton U. could just put the brain drain down to bad luck. We can’t seriously expect to compete with New York for restaurants. And Princeton appeals to a different sensibility anyway- people who appreciate a more natural setting- right? Maybe somebody like Pulitzer Prize-winning University Professor Paul Muldoon, a poet who has drawn extensive inspiration from nature? Nope. Last year he moved to an apartment in New York too. Princeton can’t hold onto these people. And we only hear about these guys, because they are very, very famous. For every top professor who skips out on Princeton, there are likely four junior faculty members and ten top-ranked grad students who are also giving the school a miss. We just don’t hear about them.

If Princeton U. is going to be serious about retaining top talent, they need to get serious about making the environment absolutely compelling for staff- not just as a place to study, but as place to live. The University has built a great campus. But the times they are a changin’, and a more expansive placemaking vision is required to compete for top talent. Progress has been made with the new Arts campus and upgrading graduate housing. But there is a big challenge in working with a municipality that is under-resourced and which often prefers to look backwards instead of toward the future. Princeton’s part-time Council and under-staffed planning department can manage only the most incremental of projects. Municipal structures are cumbersome, and a small group of activists can significantly hold up or block any project they don’t like.

As municipal Princeton lacks the resources and energy needed to allow the town to realize its potential, the University must look for a vehicle to allow it to effectively deploy its considerable resources and expertise. The currently-active ASUP task force is a potential model for joint town-gown planning, but much more is needed. Princeton should look to do what the Johnsons did in New Brunswick with their ‘Devco’ project– nucleate a partnership between a foundation and local merchants / officials with a specific placemaking goal. This partnership has turned New Brunswick from a  town with significant challenges into ‘the 5th most exciting small city in America‘. Starting with a downtown that is much, much nicer, an equivalent planning process in Princeton could make our town a place that no professor would ever again think about leaving.

Should Princeton adapt to capture top knowledge economy workers? What would make the town a more attractive place to live, so the University doesn’t keep losing its staff? Or is there nothing to worry about? Have your say in the comments below!

1 Response to Princeton U. Should Ask Some Serious Questions About Their Disappearing Professors