Can You Bear To Read These Offensive NJ.com Blog Comments, Left After Affordable Housing Court Decision??

Posted on September 30, 2013 by walkableprinceton 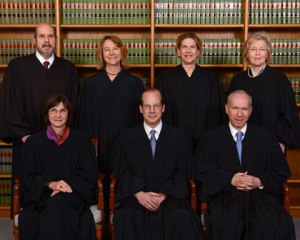 A key solution for Princeton’s ongoing traffic and parking challenges is to enable people to live closer to where they work, so that they have the option of walking or cycling instead of using a car. Sadly, Princeton has got so expensive that middle-class workers find it hard to live here. Affordable housing, provided by groups such as Princeton Community Housing is vastly over-subscribed. Anyone signing up can expect to wait years to find an affordable home. Anecdotally, some people, such as low-paid postdoctoral research staff at the University don’t even bother adding their names to the waiting list because they have such a poor shot at getting in.

What obligations do towns like Princeton have to provide affordable housing to low- and middle-income people? This has been a huge issue in the New Jersey legal landscape ever since the South Burlington County NAACP won a case against Mount Laurel township in 1975. The decision required towns to make provision for low- and moderate-income households, and was a step leading to the creation of the ‘Council On Affordable Housing’ (COAH), an agency of the Government of New Jersey which ensures municipal affordable housing requirements are being met.

COAH has become a political football recently. Governor Christie has been trying to get rid of the agency, but has been blocked by the New Jersey Supreme Court. Meanwhile, a group of advocates, including the Fair Share Housing Center and the New Jersey NAACP, has contested current COAH practice, which potentially provides an affordable housing get-out clause for towns like that aren’t growing much. Last week, the NJ Supreme Court ruled in favor of the affordable housing advocates, requiring towns to adhere to stricter requirements for building affordable units. Peter Reinhart summarized the problem that affordable housing experts are trying to fix:

“Talk to the average suburban family, and if you were to ask them, ‘If you bought your house 20 or 30 years ago, could you afford to buy your house today? Many of them would answer no,”

Whereas the right thing to do would be to let the market take care of housing- adding units until demand could be satisfied at a reasonable price like we do for most other commodities- we live in a world where restrictive zoning and planning distort the market and frustrate the desire of moderate-income Americans to live near where they work. The zoning needs to change, but in the meantime, affordable housing is often the only option available for hard-working people to live in the same community as where their jobs are. You’d think that everyone would therefore be delighted with this new court ruling. But that is apparently not the case. We’ve written before about the cesspool of human decency that is the ‘comments’ section on NJ.com online articles, and this report got a particularly nasty response. For example:

“You rob from the suburbs to give to the cities” – Sadly, this is typical of the rabble-rousing responses to a ruling increasing affordable housing provision in New Jersey. (Click to expand, from NJ.com)

Blog commenters seem convinced that affordable housing is invariably home to crack addicts, gangsters, and unemployed deadbeats. This is total nonsense. The point of affordable housing is to enable low-wage working people to live in communities where their jobs are, and to break up the ghettos where kids are frequently drawn into a cycle of low aspirations, disrupted education and violence. Just walk around any of the affordable housing developments in Princeton- they are orderly places where hard-working people take pride in their homes. Princeton actually has quite a lot of affordable housing- it isn’t anything like enough to provide for all the people who need it, but it is enough for us to recognize that the outrageous mis-characterizations peddled by prejudiced online commentators have no basis in reality. Here’s some more baloney left in response to the same piece at nj.com:

‘Nomad88888’: “We need to demand an end to ruining GOOD neighborhoods with absurd social-engineering laws that force the acceptance of the dredges of society and all of the blight, drugs, prostitution, laziness, and violence that inevitably comes with them”

‘nomad88888’ manages to fit two or three different straw man arguments into one sentence and still find space for a bunch of inflammatory rhetoric. Another commenter  argued that people living in affordable housing do not deserve freedoms guaranteed by the Constitution, and seems to suggest that they should be subject to indentured labor:

‘ghost42’: “Fact= affordable housing brings drugs, guns, gangs, prostitution, higher property taxes, traffic, unruly kids to public schools and the working class pays for it all for generations. What is really needed is better monitoring of the people who live there for example random drug screening, monthly inspections of each unit, disapproval of funds for those convicted of crimes in Public housing and mandatory community service (40 hours weekly) to be performed to those receiving funding,”

In a feeding frenzy of disgusting, prejudiced, vitriolic, sanctimonious humbug, it can be hard to set a new low- but ‘orrslastyear’ reaches for it:

‘orrslastyear’: “if you add a scoop of dog poo to a gallon of ice cream and blend it, it’s taste a lot more like the former than the latter”

Worryingly, other commenters seem to see the Supreme Court decision as a reason to ‘lock and load’:

‘wantageradio’: “Time to become a gun owner if you’re not one already. Crime is already moving out of the inner cities and coming to a neighborhood near you. The only thing criminals understand is the barrel of a gun.”

This article drew 187 comments and the vast majority were hate-filled screeds targeting working-class New Jerseyans. We’ve got to hope that these commenters do not represent broader community opinion. There are many reasons why people seek affordable housing. It’s hard to afford Princeton rent on a minimum wage job, even if you work 2 minimum wage jobs. That should not be a reason to be excluded from the community, especially when that community benefits from the services of the people working low-wage jobs. Even graduates who work in low-paid positions such as academic research, non-profit work, or at the early stages of setting up a new small business may lack the funds necessary to pay market-rate rent. Affordable housing enables these people to live in our community, and that is something for which we give thanks and support.

Do you think the nj.com commentariat is representative of the community? Where do you stand on affordable housing? Leave your thoughts in the comments section below!

4 Responses to Can You Bear To Read These Offensive NJ.com Blog Comments, Left After Affordable Housing Court Decision??