Posted on June 18, 2013 by walkableprinceton

It looks like Princeton’s new Spanish cafe/ deli is all set to open! Despana Foods, which has operated a deli in Soho, NYC since 2006, is opening in Princeton! Do you like tapas? Chorizo and manchego cheese? Paella? Then this is definitely a place you’ll be wanting to check out. 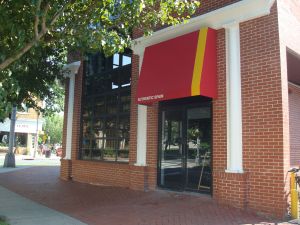 Despana looks like a great addition to our local retail scene, and best of all it is right here in walkable central Princeton! Located at the corner of Nassau Street and Olden Street, Despana will operate a market and also offer food on-site with a BYOB policy. Construction has been guided by local design guru, Joshua Zinder, so we expect it will be a very cool place to hang out. 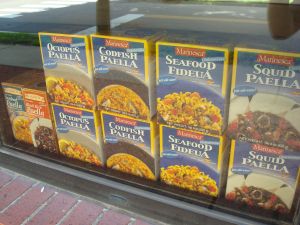 Tasty paella, among other Spanish treats, is available at Despana. (click to expand)

Although Despana was bringing their New York staff down to Princeton for an opening celebration on Saturday, June 15, according to this chalkboard inside the store, it will open to the public on Friday, June 21. Definitely worth walking by this weekend to see what it’s like!

3 Responses to Princeton Set To Get New Spanish Deli