Posted on April 26, 2021 by walkableprinceton 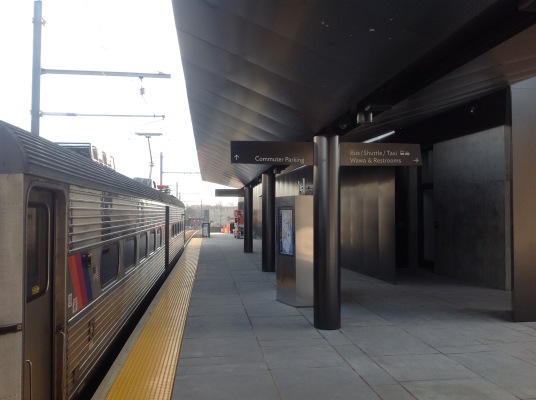 NJ Transit has launched a public consultation (link) to get input into what the best options are for upgrading the Princeton ‘Dinky’ train service. The ‘Dinky’ is the two-car train that runs back and forward between Princeton rail station on Alexander Street and the main northeast corridor rail line at Princeton Junction station (map). The 2.7 mile-long, single-track route is said to be the shortest commuter rail service in the USA. The trip takes about 6 minutes in each direction and there are currently no intermediate stops between Princeton station and Princeton Junction station. According to NJ Transit, continuing the service with the existing equipment is not viable, because the Arrow III trainsets are 43 years old and are being decommissioned from the network.

NJ Transit is also concerned about falling ridership on the Dinky line. Passenger volume apparently dropped from 1,093 daily trips in 2009 to just 515 per day in 2019. According to the study website, this drop came before the COVID epidemic struck, and may reflect changing demand for travel or increased car parking availability at Princeton Junction station. The decision of Princeton University to relocate Princeton Station 400 feet to the south to allow construction of their ‘Arts and Transit Project’ has also been cited as a reason for a drop in ridership. The agency also wants to ensure that new service will be able to support new development that is anticipated along the Dinky corridor, including increased use of the Princeton University lands south of Lake Carnegie in West Windsor.

Four options are identified as possible replacements for the existing trains: 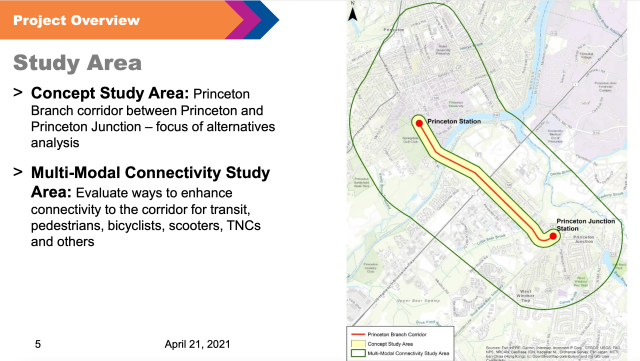 Part of the ‘Dinky Transitway’ study, identifying the key areas under consideration.

Beyond the concept study area, a broader ‘multi-modal study area’ is intended to identify other options for improving access to the Dinky corridor. This area includes downtown Princeton and the surrounding neighborhoods, and many residential parts of West Windsor. The Dinky right-of-way formerly had two tracks, but this was cut back to a single track many years ago. There is therefore potentially space within the right-of-way for more than one transportation mode. For example, it would theoretically be possible to have both a train and a bus run along the Dinky corridor, or to have both a train and a bike path. A bike path between Princeton and West Windsor along the Dinky right-of-way was included in a 2017 update to the Circulation Element of the Princeton community master plan. The Princeton master plan also strongly supports continued rail service on the Dinky line. 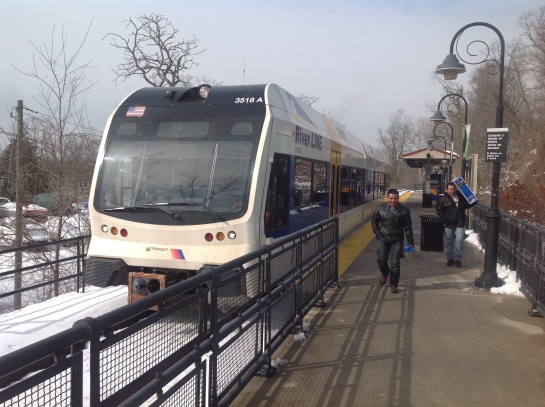 The option of replacing the Dinky train with a ‘Bus Rapid Transit’ system was considered in 2010, but was controversial and drew fierce opposition from the ‘Save The Dinky‘ group. Replacing the Dinky train with some kind of rubber-tired vehicle would offer the advantage that the service could easily continue from Princeton Rail station into downtown Princeton, or even other parts of town. As such, it would provide ready access to the route to a wider range of residents. It is possible that Princeton must have a train, in which case, the most obvious replacement would be the light rail cars as used on the NJ River Line service between Trenton and Camden (see image above). These trains can run without overhead wires, which have caused serious injuries to students in the past. A modern battery-electric alternative may be preferable to the relatively-polluting diesel units used on the River Line.

In 2015, the final report of a task force made up of representatives from Princeton University and the town concluded that a modern streetcar would be the best alternative for replacing the Dinky trains. However, the findings of that task force are not binding on the current ‘Dinky Transitway’ study. Whatever the outcome of the study, it seems important to have a wide-ranging debate over the different options. NJ Transit has created a web form for local residents to sign up for updates or to leave comments. It is available here. The intention of the current study is to develop and evaluate alternatives this summer, with the goal of selecting a preferred alternative by the end of 2021.

Link to slides for ‘initial stakeholder meeting’ (via NJ Transit)