Posted on March 14, 2016 by walkableprinceton 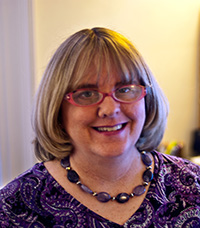 Jenny Crumiller, who is running for re-election to Princeton Council in 2016. (click to expand)

This November, Princeton will elect two Council members. On the Democratic Party side, four candidates are running, and the Princeton Community Democratic Organization will meet this Sunday, March 20, to make endorsements. Ahead of the PCDO meeting, we contacted the four candidates to hear their views on various questions relating to walkable living and reducing car dependency. Responses from Jenny Crumiller, who is running for re-election, are below. Later this week, we will publish responses from the three other candidates who are running, who are not current Council members: Leticia Fraga (Tuesday), Anne Neumann (Wednesday) and Tim Quinn (Thursday). Thanks to all the candidates for participating and sharing their views!

1. During your last term, we lost our 655 bus service. Do you support ‘transit-oriented development’, and if so, where?

Princeton has seen significant development of new housing in the past few years. For example, Avalon Bay and Merwick Stanworth are being built as we speak, the Masonic Temple on MacLean Street is soon to be developed with more residents, the Palmer Square development was recently finished, and new apartments were built adjacent to and across from the Spring Street garage before that. These properties are all in the downtown region of Princeton so are suitable for walking to the train station. While I support transit-oriented development such as these developments, I also support careful planning and would like to see the impact of the new housing before proposing significant additional new development.

2. Princeton has an affordable housing waiting list with over 1,000 names. But our newly updated Housing Element- which you helped create- envisages adding fewer than 100 new homes. Where do you think the other people on the waiting list should live?

I believe people on the waiting list should live where they want to live. But while Princeton has recently provided a significant number of affordable housing units, as a percentage of the new housing mentioned above, we cannot accommodate that many new residents.
The affordable housing plan the Council submitted to COAH, the Council on Affordable Housing, answers a legal obligation. The number is a floor, not a limit. However, I also want to state that my priority is housing for low and very-low income residents, which is not included in the COAH plan. Housing for very-low income residents is harder to come by, but these neighbors are the most in need. In my view this housing should come first.

3. Princeton is working on a new bicycle circulation plan. What kind of changes do you think the town should make to promote cycling?

With the help of volunteers, I have recently restructured our transportation-related committees and formed a new “Complete Streets Committee,” which replaces the former “Traffic and Transportation Committee” that was focused mainly on traffic and cars. The new committee will be organized around projects supporting the Complete Streets policy, which recognizes all users of the streets and not just cars, as well as on long term transportation planning. The new committee will work on projects like a traffic-calming menu of options to lower speeds on roads, including speed humps, narrowing the lanes and the like, for our streets. Reducing speeds is one of the best ways to make our streets friendlier for bikes.
Additionally, I’m a member of the Study Advisory Committee of the Princeton Bicycle Master Plan Study, which is working with consultants to create a bike master plan. Because the consultants have successfully implemented bike plans in other communities, I am eager to learn how they have done this, and what they recommend for Princeton, because balancing the need for street parking that is currently relied on by elderly residents with the desire for bike lanes has been an intractable challenge without easy answers.

This entry was posted in People, Princeton and tagged election, Princeton. Bookmark the permalink.