Posted on October 24, 2014 by walkableprinceton 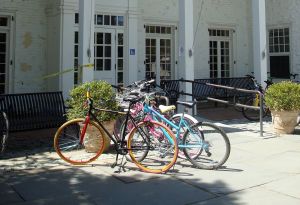 Links to Princeton area walkability stories that you might have missed…

Jersey Rent Too High: House prices are through the roof in New Jersey…and it’s even worse for renters. What effect does it have on the economy and local middle-class people if a huge amount of their budget must be dedicated to housing costs? (via NJ Spotlight.)

Affordable Housing Postponed: Hopewell abandoned plans to develop affordable housing at the Scotch Corner site. Municipal officials cited ‘uncertainty’ about housing regs after the Council on Affordable Housing dumped Christie’s latest proposal for the ‘Third Round’ Mount Laurel framework. Who should get the blame here? (via NJ.com, foxbusiness.com).

Princeton a “metropolis”?: A letter in Princeton’s ‘Town Topics’ blasts a perceived conspiracy to ‘turn Princeton into a metropolis‘. Is Princeton really growing that much, and is it realistic to expect the town to remain forever the same size as in 1975? (Via towntopics.com)

Several deaths on local roads: Princeton’s media fixated on Ebola, while road accidents killed local residents in Hopewell, West Windsor and Montgomery went almost unreported. Why do our news sources under-report premature death on our roads, and why isn’t it treated as a public health emergency like infectious disease? (via central jersey.com, West Windsor Police Department)

State rules for Smart Growth? The New Jersey Senate is considering a bill to make it mandatory for towns to include ‘Smart Growth’ provisions in their master plans. Is this the best or only way to prevent local municipalities from zoning for low-density sprawl? (via NJ Spotlight)

Innovative Bike Parking in Mont Clair: Mont Clair opened an amazing bike parking facility. Where in Princeton could benefit from something like this? (via NJ.com)

‘Copperwood’ open: An age-restricted community in Princeton designed by local firm ‘Studio Hillier has opened after a lengthy approval and construction process. The development was intended to protect the maximum amount of green space on Princeton Ridge and features a substantial affordable housing element. One commenter responds: “Put Hilliard (sic) and all his crony developers out of business”.

Let us know what you think of these issues in the comments box below!