Posted on October 14, 2014 by walkableprinceton 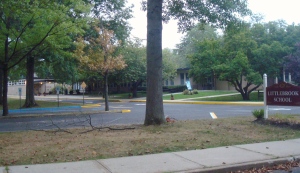 Donna Simon (R) who represents Princeton in the New Jersey Assembly, is proposing new legislation to set up a task force to study the possibility of regional school boards (via NJ.com). Her goal is to promote efficiency and save taxpayer dollars.

The Princeton School Board was consolidated decades before the Borough and Township finally merged last year. If Ms Simon’s legislation clears the legislature, the task force would examine potential advantages and disadvantages to further consolidation. Several school boards in South Hunterdon County merged earlier this year.

Princeton already shares a High School with Cranbury Township, which sends over 200 students to Princeton for education. In the immediate vicinity of Princeton, there are several high-performing public school systems, including West-Windsor-Plainsboro, and Montgomery Township Schools.

Further consolidation could bring tax savings to Princeton residents. 52% of Princeton property taxes are dedicated to the School Board, which is currently struggling to meet a state-imposed 2% limit to further increases in its spending. Princeton teachers are also currently locked in a contentious contact dispute with the School Board over pay.

New Jersey’s enormous number of school boards is frequently cited as a reason why property taxes are so high, and reducing the number of administrators to levels seen in other states might provide some relief to taxpayers.  Regional school boards might also remove a constraint to the addition of much-needed homes in the Central New Jersey area. At present, new homes are opposed pretty much everywhere, because the toxic (and often unfounded) perception of overloaded local schools is often enough to poison discussions about development. Planning regionally might allow school provision to be planned more rationally. But tiny school boards exist for a reason – because people like to feel a close connection to their educators- and don’t recognize the cost inherent in such an arrangement. These are questions that any task force would have to face.

Where do you stand on the idea of school board consolidation? What school boards in the Central Jersey area would be good candidates for regionalization. Have your say in the comments section below.