Posted on November 1, 2013 by walkableprinceton 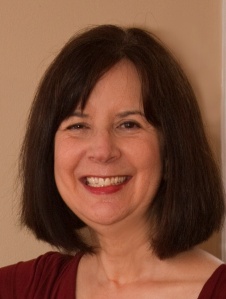 On November 5, Princeton will elect two new members of Princeton Council. Three candidates are standing: incumbents Jenny Crumiller (D) and Patrick Simon (D), and challenger Fausta Rodgriguez-Wertz (R). We asked each candidate six questions relating to walkability, affordability and land use in Princeton. (Note: Walkable Princeton is not making an official endorsement of any particular candidate.) We are running each candidate’s answers on successive days of this week. You can read answers from Jenny Crumiller here. You can read answers from Patrick Simon here. Today we will have answers from Fausta Rodriguez-Wertz (see below). We thank all the candidates for taking the time to respond to us!

1. According to US Census figures, there are 22,000 people who drive into Princeton to work every day. Do you think it might be advantageous for some of these people to live in Princeton instead, so they could walk or bike to work?

Yes, it would be beneficial in three ways:

a. The commuter will save valuable time that they can otherwise dedicate to their jobs, families, and other personal interests and pursuits.

b. The environment would benefit by the reduction of energy resources used.

c. Princeton will benefit by having the people who work in town join and become active members of the community, instead of viewing Princeton as a thoroughfare.

2. Expanding transit options in Princeton would cost money. How do you feel about increasing taxes to fund better transit service?

Unfortunately, Princeton is in no position to presently increase taxes to its residents. Princeton, after consolidation, has $135 million in debt, must restrain from additional capital projects for the next six years, and spends 18% of its annual budget just on debt service. Taxpayers are paying over and over again for costs incurred in the past, instead of the present. The municipality is at the mercy of interest rates. Long-term residents have seen their tax bills multiply over the years.

The Council must strive to find funding other than tax increases if it is to expand transit options. For instance, seeking grants and endowments from government and private industry, researching what solutions have worked in comparable communities, looking into joint programs with the local colleges and the University, are some of the options that may work in the long run.

3. Many towns are adding bike lanes to make it easier and safer for people to choose cycling instead of driving. It’s hard to fit bike lanes on many streets in Princeton, because the streets are narrow and much space is dedicated for on-street parking. If Princeton was going to add bike lanes, but had to remove on-street parking to do so, would that be something you would support?

The in-town parking situation is cyclical and depends on the hour of the day. One thing that may benefit the local businesses and residents is limiting large-truck traffic through town, while at the same time improving the volume and flow of traffic may benefit cyclists. Considering that the town depends on revenue from the parking meters, and that local businesses rely on customers who use cars, I am reluctant to recommend removal of on-street parking until I have more information on how it would affect the merchants and the town, particularly in winter.

4. As a Council member, what have you done/do you plan to do to make it easier and safer for people to walk/bike to work or to school?

More attention should be paid to traffic calming measures, enforcement of current traffic and pedestrian regulations.

For biking, a cooperative program with Princeton University’s upcoming bikeshare program may be more cost-effective and successful than a similar, independent, effort, especially if other colleges (the Ryder Westminster campus, the Theological Seminary, the Institute, and maybe some of the private schools) are part of the program.

All programs should also be business-friendly, so our community continues to host local businesses owned by Princeton residents.

5. Do you agree with the recommendations of the Route 1 Growth Strategy report, which called on local towns (including Princeton) to create transit-oriented workforce housing by “changing plans and zoning to encourage mixed-used development at transit-supportive densities”?

Yes. Princeton would benefit by mixed-used zoning. Princeton has several sites (such as 255 Nassau) that you have mentioned in your blog that lend themselves to this. The town should also evaluate the best and highest use for some of the buildings it owns so they may be sold to private owners (persons or businesses) who may restore and use them.

6. Infill development in Princeton often takes many years or even decades, and involves costly court battles. Are there any changes you would suggest for Princeton’s planning/zoning process to make it inclusive, efficient, and to cut down on legal costs for the town?

The Master Plan should be reviewed and updated, now and on a periodic basis. This is an essential document that establishes town-wide guidelines, and has not been updated following consolidation. Princeton needs to start thinking in terms of whole neighborhoods, not simply house-by-house, building-by-building as it does now.

Princeton needs to prioritize the issues, and work towards making the planning, zoning, and developing processes – if I may use your words – inclusive and efficient, instead of constantly getting sidetracked into boondoggles like, for instance, new curb-cuts .

Let’s make Princeton affordable for everyone: seniors, local businesses, the middle-class, and newcomers.

Please vote for me on November 5th.

This entry was posted in Events, People, Princeton and tagged Princeton, Princeton Council. Bookmark the permalink.