Happy Labor Day! Here’s Something You Can Do For Princeton-Area Workers…

Posted on September 2, 2013 by walkableprinceton 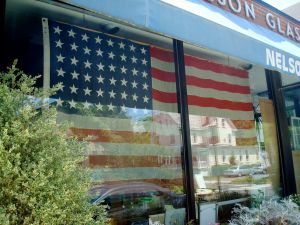 Hard-working people who work in Princeton deserve a fair shot at living here too. (Click to expand.)

Happy Labor Day! While many of us spend the day relaxing or sales-shopping, Labor Day originally was about celebrating organized labor. For various reasons, only about 1 in 10 American workers is now a member of a labor union. What about the rest? Are they getting a fair deal? And what could we do to help them out?

A shocking statistic about Princeton is that 80% of the people who work here don’t live in  town. They commute in from all over New Jersey and beyond. Why is this? Do they like sitting in traffic every morning?  Not likely- long commutes are linked to reduced physical and mental well-being. Transportation costs- whether gas or transit fares- are also a major drain on family budgets. Americans spend more on transportation than on food, clothing, or healthcare; and the burden falls much harder on the poorest fifth of families. However, many don’t have a choice, because housing in Princeton is very expensive. Princeton is not making any effort to provide housing for the people who work here. As a result, consolidated Princeton has gone from being the biggest town in Central Jersey, to being the fourth- or fifth-biggest town, and

Princeton is not alone in this distinction. The concept of ‘the Gilded City’- places where a wealthy elite benefit from services provided by less-well-off workers who live outside the castle walls in less-expensive areas- has been condemned by writers on both the right and left sides of the political spectrum. It is manifestly unfair that the people who serve us on a day to day basis are denied the opportunity of living in Princeton. It is also a reversal of Princeton’s historic character, as in decades gone by, plumbers, painters, nurses – people from all walks of life- could afford to live in Princeton.

Nowadays, the crisis of affordability is so bad as to affect even highly-qualified professionals. Even junior faculty and research staff from Princeton University struggle to afford living in town. Affordable housing lists are woefully over-subscribed, such that people who request assistance languish for years on waiting lists. Without an inheritance, children who grew up in Princeton must look for somewhere else to live. It’s not right, and we shouldn’t accept it.

But where could people live in Princeton? Princeton is “built-out”, right? Well, no–absolutely not. It’s true that during the past decades, much developable land was used to add large-lot single family homes, the type that are hardest to afford for middle-class workers. But there are still plenty of sites where new homes could be added. Princeton has an overall population density of 1,600 people per square mile. That’s lower than Plainsboro! And much lower than other college towns that are widely regarded as distinctive and delightful places to live.

To protect remaining green spaces, new homes should be added in ‘in-fill’ sites. (An example is the proposed redevelopment of 255 Nassau) Some of these homes will be ‘affordable’, that is, managed with rent/sale restrictions targeting lower-income people. Other homes should be ‘attainable’, that is, priced at a point which middle-class people could realistically consider. Such homes will likely be smaller than the swanky townhomes built at Palmer Square, which sell for $1.3 million up. Not everyone will want to live in a smaller home, but it is about offering choice and a fair shot for people on limited incomes. It’s the right thing to do to give local workers, who are already working in the town, a chance of living in Princeton and skipping their daily commute.

A major impediment to adding new housing is Princeton’s restrictive zoning code, which was put in place with good intentions but has had the unintended consequence of making it next-to impossible to build affordable and attainable housing. Our zoning also makes it illegal to add buildings in the same style as those that make up Princeton’s historic downtown core, which is crazy. Our Masterplan is out-of-date. We need to revise it, to get rid of its unintended exclusionary effect and to favor environmentally friendly walkable housing.

Some people will have questions about how we can add housing while still maintaining the character of Princeton as a small, distinctive town. It can certainly be done. We will be running articles this fall about how we could add new housing, while still keeping the things about Princeton that we love. We’d really appreciate your feedback. We hope you will ‘Like’ or ‘Share’ any of our Facebook posts that you think are relevant or add your comments either on Facebook or here at our blog.

We’ll also be asking those running for office in the November election where they stand on issues relating to increasing housing options in Princeton for our daily workforce. Workers priced-out of Princeton don’t get a vote in Princeton elections that influence land use decisions. Those of us who care about increasing inequality of opportunity therefore need to make our voices heard. If we want to find excuses not to add walkable housing, we can certainly do so- shrugging our shoulders and turning a blind eye to local workers who can’t afford to live in town. But instead, we should work together to make Princeton a fairer, more inclusive town. That’s something that all local workers will benefit from.

6 Responses to Happy Labor Day! Here’s Something You Can Do For Princeton-Area Workers…