Posted on June 20, 2013 by walkableprinceton 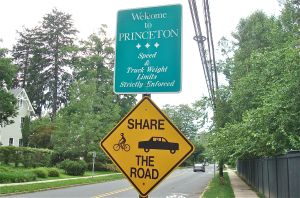 Data from the US Census released last week confirm several demographic trends that support increased demand for walkable housing. The population of New Jersey is stable- in fact it grew slightly between 2010 and 2012. Our state is still a desirable place to live with a diversified economy that offers many jobs in different sectors. The people who say that ‘everybody’ is leaving New Jersey in the face of high taxes or whatever else are wrong. Older people are leaving the state, but as they leave, new residents come to New Jersey and an increasing fertility rate has kept the population stable.

Between 2010 and 2012, the total increase in Princeton’s population was…20 people! The total population of Princeton is now estimated at 28,637 people. The daytime population  of course is more like 47,000 people! Here are the estimated population figures, drawn from the Census data in the linked article (the Borough and Township are listed separately because they only merged on January 1, 2013):

Compared to the 20 new residents in Princeton, in the same time period Plainsboro added 155 residents, South Brunswick added 731 residents, Montgomery township added 125 new residents and West Windsor added 935 residents. New residents are coming to central Jersey but Princeton has closed the door. We have said many times before that it is entirely self-defeating for Princeton to resist adding new residents. New residents would support our civic amenities, such as the pool and library, and contribute to new amenities such as proper bike lanes and upgrades to our pedestrian infrastructure. Princeton is the #1 regional jobs center, but our refusal to add homes for the people who work here requires tens of thousands of people to drive into the town every morning. Thousands of hours are wasted by drivers stuck in traffic, acres of space is unnecessarily given over to parking, and greenhouse gas emissions from long car commutes causes climate change.

Worst of all, we are turning away many young, talented people who would love to make a town like Princeton their home. A demographic bulge in the population currently in their 20s, called ‘Echo Boomers‘, sustains a strong demand for rental housing, in particular in downtown areas where they can walk to stores and amenities.  According to James Hughes, dean of the Edward J. Bloustein School of Planning and Public Policy at Rutgers University:

“Young people don’t want to live in the suburbs. They want to live in activity environments. That’s part of the reason that urban areas have fared much, much better than they had 10 to 20 years ago. Because that’s where they want to be.”

Princeton is popular with people of all ages and backgrounds, but the demographic data demonstrate tremendous demand for housing, including rentals, in an ‘activity environment’ like Princeton’s downtown. Smaller housing units are still desirable, in fact among the younger generation, 61% value a short commute over a larger house. This marks a difference over older generations, who put a higher value on a larger home even if it requires car use. These data should be kept in mind when considering Princeton’s planning decisions, because when young people can’t find the homes they want, they will move out of state to look somewhere else, and the vitality and businesses they support will go with them.

This article was modified to add that increased fertility, rather than net migration, is the primary reason why population in New Jersey has grown. Migration resulted in a small net decrease to state population.